Resilia Solutions > Blog > Goodwill as a vector of social innovations 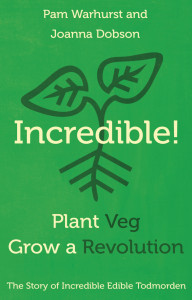 Pam Warhurst and Joanna Dobson’s book on the Incredible Edible was my holiday book last summer. The wealth and details accounting for stages, encountered difficulties and envisaged solutions soon appeared to be a crucial case to analyse and try and understand the dynamics behind citizens’ movements which seek to improve the world.

Throughout the world, the Incredible Edible movement  represents groups of citizens planting in towns and in walking areas, giving free access to herbs and plants to all. These are sometimes rich and beautiful gardens, inviting walker to help themselves, sometimes they seems abandoned. Some people complain about the fact that planting next to the road or in wheels is unpretty and worst for health than products from (conventional) agriculture.  All in all, it launches debate and acts for (re) action. 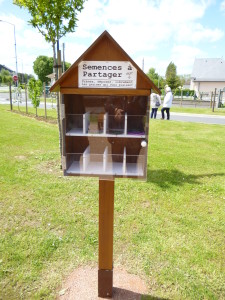 The book on the birth and raise of Incredible Edible in Todmorden reflects on the (sometimes lack of) strategies, long-term visions, the dynamics between people organisations… In short, all that make a bottom-up citizens’ initiatives movement work – or not – but at least worth giving it a try. The value of this insight is to get a few learnings, amongst which: 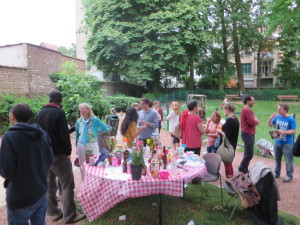 As a passive or proactive reader, this book is worth opening. It is an inspiration for citizens, an example that change can happen, a manual for those wanting to make this change happen and for those seeking to understand the way change can happen. As both a citizen and a professional, this book has inspired me greatly. It is the starting point of a citizens’ movement to revitalise a small park and playground in Brussels. I am now making my own experience – and observation – as a citizen in a participatory movement, as well as a professional seeking to trigger cooperation with the city council. The future will now tell us what can arise out of it. Experimentation will in any case make tings evolve and is worth trying, isn’t it?