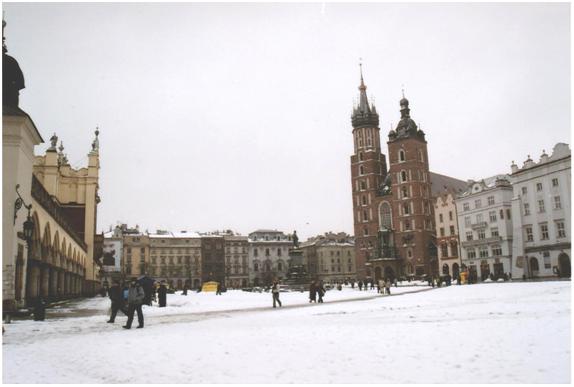 Just look at some TV news on any Central or Eastern European-related event broadcasted in Western Europe during the summer (whether it relates to financial issues, to market or stock of a given product, to youth or elderly people…) : you will always see people in padded coats, wearing fur hats and clapping their hands (carefully wrapped in thick woolen gloves), breathing white frozen air … As if these images extracted from the news’ stock were reflecting the piping hot and sunny reality of these countries in summer….

What about social innovation developments in those countries? Can we actually observe that there are indeed some striking differences between East and West or do we have more similarities than differences? Aren’t we biased by what already seems a long distance, and related gap, between the different parts of Europe? 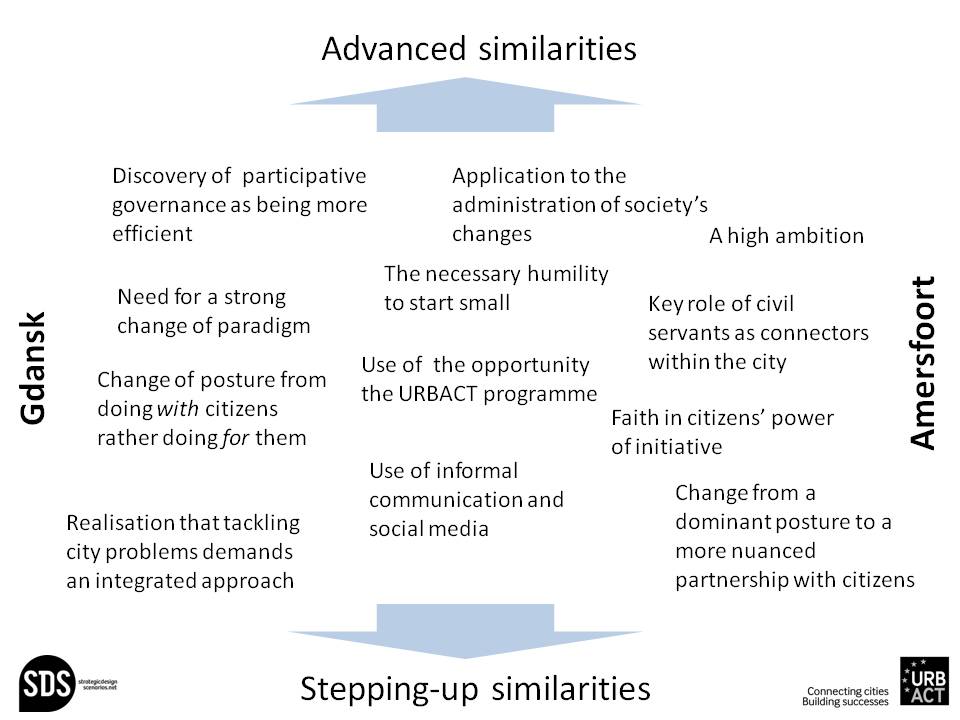 When we were working on our research for URBACT, “Social innovation in cities”, François and I had a battle of which of our case studies was the “best one”. Obviously, we had initially picked up Amersfoort to represent a city which is quite highly advanced in terms of engaging citizens in city governance at the same time as in changing its administration from inside. We could easily explain it by a strongly collaborative culture as well as by a more local and individual-based motivation and energy.

Our second case was that of Gdansk: we had the impression it was quite far behind and could shed some light into the first steps for responsibility sharing in a city. We actually discovered that Gdansk was, even though not at the level of Amersfoort, still, more advanced than many other European cities, including Western ones. The city was sharing a strong vision for the need for change, it was implementing real participatory processes, it was presenting concrete outcomes to citizens, …. More than anything else, the administration was strongly citizen-driven: who better than citizens are the experts of their daily lives?…

As such, François and I designed a mapping of the characteristics for supporting and promoting social innovation in the two cities we researched.

Our Hungarian expert in the team, Edina Vadovics, from the GreenDependent Institute , did stress the different realities and challenges of the countries throughout Europe:

The shared political past of Central and Eastern European countries often poses specific challenges in helping social innovation to take root and spread more widely. Although the political regimes changed 25 years ago, municipal officials and politicians as well as citizens and communities are still learning the skills needed for participation and social innovation. In the past, governance and decision-making were highly centralised and there was little or no room left for real participation, innovation and creativity. Officials and citizens both got used to being told what to do and how to do it.

The flip side of this, and to a large extent as a result of the shortage economy, is that citizens and communities did engage in activities that are now promoted through social innovation. For example, exchanging skills and sharing cars and all kinds of tools were quite common, as were urban gardening and growing your own food. The skills and experience are thus still often there, but they may be associated with negative feelings, and may invoke suspicion.

Thus, in these countries it is of great importance to pay special attention to:

This view is quite highly related to the way we looked at social innovation in Central and Eastern Europe in a workshop in Vienna last November. We obviously started by the never-ending question of defining social innovation… What appeared highly key though is the extent to which as a concept, it is new in those countries. More than that, “social innovation” might have always existed here and there, but in Central and Eastern Europe it was imported in the same way as “incubators” or “hubs”. Bearing this in mind, what would be the best option for promoting social innovation: using it as an external, albeit artificial, concept and try and frame the ongoing activities in it? Or should we start by looking at what is happening on the ground and getting an individual and unique experience? In addition, social innovators do exist, in those countries like anywhere else. But they do not call themselves as such. They do not promote themselves at all. That makes the work of researchers even harder on this ground.

I am myself half French and half Polish. I strongly position myself against shortcuts and stereotypes, which are too often based on ignorance whereas they could on the contrary shed light to some reality within which they are grounded (winter in Central and Eastern Europe can indeed be quite cold….). It is also crucial not to misread history or to get our emotions confused.

The Eastern /Western opposition can be a useful analytical lens sometimes. But it is not the only one: we see more similarities than contradictions in the observed experiences, and we should probably change our level of observation. Cities could for example be another one. As such, the trick is to find the right balance between the need to address this matter on research and policy agendas, at local, national and EU levels in an adjusted way that would keep the specificity of each initiative in its given context. It would at the same time enable adjusting analytical frames, in order to support an overall understanding of social innovation trends throughout Europe and beyond.